“I’d like to get in close to the ice and get some pictures at sunset and moonrise.” Peter Essick’s slow SoCal drawl simmered over the phone from Georgia. National Geographic Magazine had contracted him to shoot photos of Yoho National Park for one of the magazine’s upcoming features. It would be Peter’s fortieth assignment for Nat Geo (a publication that I like to call “The Golden Rectangle”,  and then cue the theme music). Tall, lanky and soft spoken, Peter had won the World Press Photo award in 2002 and is recognized as one of the most influential nature photographers in the world. I was happy to see that he could carry a heavy pack. We shouldered them and toiled up the steep switch backs that lead to the famed Ice Line trail in Yoho Valley. Four hours, and puddles of sweat, later we were pitching our tent on a bedrock shelf close to the Emerald Glaciers below the east flank of Michael Peak. It was the second week of September, 2012, and Peter had timed our trip to coincide with the full moon. Just shy of dusk we left camp and scrambled unnervingly close to some beautifully coloured seracs. Beautiful for Peter who got very excited about all the turquoise and emerald radiating from the ice, but nervous for me knowing that a cubic metre of said ice weighs about 900 kilograms and that the glacier has a nasty habit of shedding (calving) tens of tonnes of the gem hard ice whenever gravity pleases. Peter happily shoot away for several hours while I shivered and fretted. We retreated to the tent for a late dinner of lamb curry and Yam cookies and then we slept quickly.

My alarm squawked 3 am and Peter and I crunched out into the cold. The sunrise was slow and sensational. Peter was in picture taking heaven while I shivered and fretted more. Around 7:30 he turned to me and said, “It’s over. We can go back to the tent now.” And so we did to eat a second breakfast, then nap and read and lounge until towards dusk. We didn’t shoot a frame during the day. It was all about dawn and dusk and the light of the moon. I felt like some sort of photo-vampire, but the man got some amazing images. Peter can get his camera to do things that Lawren Harris had done with brushes and canvas. As odd as it sounds I was happy to leave the seracs and go get close to some crevasses (crevasses are a lot more predictable than seracs, and they move a whole bunch slower). Three days, and a thousand frames later, we tromped back down the switch backs and headed for beer and burgers and a planning session for our return to Yoho in winter.

K2 Jerry Launchers, Peter had bought the skis on eBay and they are an official licensed product of the estate of Jerry Garcia pressed in 2001 to commemorate the fifth anniversary of the great guitarist’s death. The skis’ graphic was a Garcia watercolour, “Blue Ice Crystals”, and it contained a phantasmagorical image of Jerry peeking up at you from behind his shades. The Jerry Launchers were wide in 2001 but narrow by March 25th, 2013, when Peter stepped into the bindings and I clipped a kiddie sled to the haul loop on his harness. A young and strong Yamnuska guide, Jesse Petersen, was joining us in the capacity of porter and assistant and the three of us hauled the majority of our weight behind us on the sleds, just like we do in the Alaska Range and the St Elias Mountains, for the 14 kilometres into the Takakkaw Falls Warden’s Cabin. I’d been in Warden’s Cabins before, but never slept in one. Club Fed –warm, comfortable and accommodating, Peter had gotten permission to use the cabin from Yoho Park … the Golden Rectangle opens doors (cue the theme song). But we were here to shoot moonlight on Takakkaw Falls, so we left the comfort of Club Fed and headed out to the falls who’s name loosely translates to “magnificent” from the Stoney (Nakoda) language.

“We’ll have to wait for the moon to hit the falls.” Peter said at 6pm. We were standing at the base of Takakkaw, the moon didn’t swing onto us until 11:30, five and a half hours after the temperature began its dive. In the interim I got us away from the base of the falls where an open portal of water sprayed freezing drizzle at the same time as the sun’s last rays started wet snotty avalanches running down the rock cliffs either side of the climb. We got out our avalanche shovels and dug a sitting bivy. I expanded mine to lie down and actually got some sleep lying on my pack wearing ALL of my clothes before being shivered to consciousness and forced to run another lap on my 100 metre warm-up circuit –up around our rock outcrop and down. Finally moonlight washed onto us and Peter jumped up and got at it. Three hundred frames in two hours and then it was time to get back to Club Fed. The refrozen rock hard snow surface skied about as well as concrete. Jesse and I coached Peter through the first kick turns that he’d done on skis since he was a youngster, forty years ago. My Club Fed bed felt mighty fine and we slept late, mmmm.

Day two of our trip we planned on shooting Takakkaw at dusk and we skied away from Club Fed at 3pm. The cliffs were lively when we arrived with some snotty nose blow avalanches running and showers of melt freeze ice clusters raining down the ice at intervals. I ice climbed up and set a top rope anchor system to belay Peter into position to shoot a large tendon ridged ice blob that clung to the left edge of the water portal like a massive cactus hump growing out from the trunk. Periodically Peter would be inundated in waves of melt/freeze pellets and his image would blur in front of Jesse’s and my eyes. Inside the waves the photographer strived to catch the image of millions of minute white bingo balls as they bounced just like the plump raindrops Peter had seen rebound off of the surface of the Mediterranean. It was a grand photo opp, yet Jesse and I were happy to be out of it. Good photography extracts a price.

Day three we closed up Club Fed as per the “How To Open And Close A Backcountry Warden Cabin” Parks Service video that Peter had watched in his hotel room on the night before our trip. We repacked the kiddie sleds and skinned off for the Stanley Mitchell Hut in the Little Yoho Valley. At Laughing Falls we hit the photographic jackpot.  “There’s a great picture everywhere you look!” Peter beamed. The floor had fallen out of the falls and refrozen as a five meter deep salad bowl cave with all manner of icicles, ice dreadlocks and bizarre ice strata created and exposed. For the first time Peter spent three hours shooting in the middle of the day!

500 frames later we unpacked the kiddie sleds, shouldered our loads and skinned up the steep trail to the Little Yoho Valley and the Stanley Mitchell Hut at its head. We’d skied 10 kilometres and gained 600 metres and were happy to settle into the lovely log walls of the Stanley Mitchell and get to know the rest of the folks who were there.

Our fourth day was ambitious. We planned to ski up Mt McArthur late in the day to shoot the sunset. “I’m taking my sleeping bag.” I told Jesse. I’d been cold too much and as the man said, “any damn fool can be uncomfortable.”

We roped up at the edge of the glacier and strode into the pure white world. The slow meditative pace of constant ascent soothed all our souls, but the clear skies of our last four days had created sun crusts on all sunny aspects, the downhill skiing would have been magic five days earlier.

“Can we get up that peak?” Peter asked, pointing towards Isolated Peak once we crested the upper glacier. “Ya, I think we can boot pack up there.” I said, and we stripped the skins and enjoyed some fine skiing down the northerly slopes to the McArthur/Isolated Col. We picketed the tails of our skis into the firm snow of the col and I started kicking steps up Isolated Peak.

“I keep thinking that it is going to end, but it just keeps getting better.” Peter stated looking to me from his shooting eyrie, The President all awash in pastel purple over his shoulder. I trudged from Peter back up to the summit where Jesse had installed himself in a bivouac with the rope resting against the summit cairn for a pillow. Jesse was snoring.

The glacier skied ok by headlamp. The upper valley less so where old tracks had set up like buildings bombed during The Blitz. The forest was horrid and we all took our skis off and walked back to the hut opening the front door just shy of midnight.

Jesse and I slept late the next day, but Peter got up early to shoot the dawn on some huge hummocks of snow lining the creek that looked like a huddle of humongous albino tortoises. He did the same that evening and the next morning before we packed up to retreat our approach.

“We should rename it Crying Falls.” I said when walked back to pot-o-gold ice cave at Laughing Falls only to see that the flour had collapsed with the 15 degree increase in temperature we’d seen over the last several days. We’d been walking around, and happily shooting pictures, above a three metre deep pool of water! “Oh well,” I shucked, “ice is amazingly strong when it’s there.” Peter shot until dusk then we reloaded the sleds and started the 5 kms back to Takakkaw.

Club Fed was occupied by five Parks Canada ladies so we slept on the picnic tables in the cook shelter. The lovely ladies hosted us to coffee and charming conversation in the morning and then we skied the long 13 kms out to the car and then drove to beer and big lunches at the Truffle Pig Café in Field, BC. Great photography demands a price, but it has its comforts too. 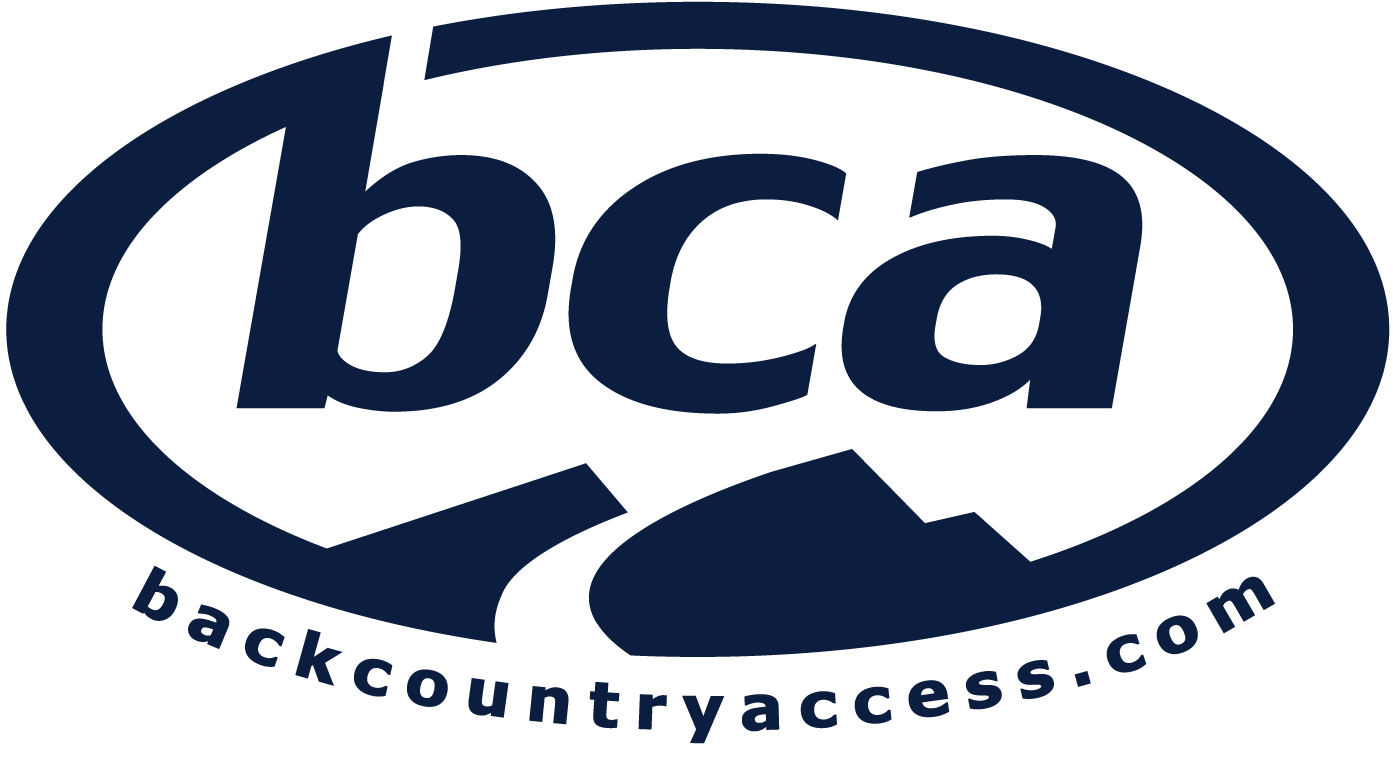